Of Primates and Propaganda... 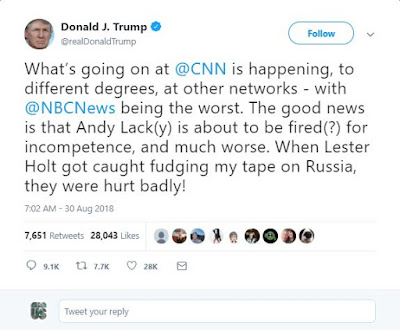 Definition of MONKEY WITH

: a nonhuman primate mammal with the exception usually of the lemurs and tarsiers
: a person resembling a monkey
: a ludicrous figure : dupe

: mimic, mock
: to act in a grotesque or mischievous manner Merriam-Webster

1 : capitalized : a congregation of the Roman curia having jurisdiction over missionary territories and related institutions
2 : the spreading of ideas, information, or rumor for the purpose of helping or injuring an institution, a cause, or a person
3 : ideas, facts, or allegations spread deliberately to further one's cause or to damage an opposing cause; also : a public action having such an effect Merriam-Webster


Only hours after their primary election victories, DeSantis appeared on Fox News and called Gillum an “articulate” candidate, adding: “The last thing we need to do is to monkey this up by trying to embrace a socialist agenda with huge tax increases and bankrupting this state. That is not going to work. It’s not going to be good for Florida.”


It has to be exhausting to his staff that have to spin every inane tweet sent after morning bowel movements.


It has to be exhausting to his lawyers who probably give adequate advice to a guy who's more used to "winging it" and going from his pretentious, expansive gut.


It IS exhaustive to turn on the news for coverage of his latest insane stream-of-consciousness riff in 140 misspelled characters; endless lies, slurred speech and rude behavior. His predecessor was barred from giving a "back-to-school" pep talk in predominately red, decidedly racist districts (I had a back-and-forth with the Texas superintendent of the high school my youngest son attended - he eventually blocked my emails and ignored my calls). The biggest fear now from the orange Satan would be the number of "F-bombs" he'd likely drop veering off the teleprompter.


He's the poster-child of WAS[P] privilege that exasperates "the other" more qualified women, minorities that prepare for promotion and see the rug snatched from under them by ignoramus nincompoops. I enclose the "P" as White Anglo Saxon is physically evident: he's as marginally Protestant as his mastery of "Two Corinthians." His ascendancy has only revealed the evangelical community's callous hypocrisy. "Family values" is a pejorative, as 81% of them voted for the p---y grabber, and follow someone more in line with Damien in "The Omen" series than Yeshua of Nazareth.


DeSantis decries any charges of racism, post appearances on a network that has a viewer demographic of 94% white, 3% Hispanic/Latino; 2% Asian, 1% African American and that he personally made appearances on with 93 million dollars of free airtime to appeal to that almost exclusively home to the white anxiety demographic and one powerful conspiracy theorist.


We are well past "depending on what the meaning of the word is 'is'" into the realm of fantasy; the land of make believe. A recorded interview with Lester Holt (a republican, I might add) is suddenly "fudging" because the Dear Leader says so, and his ditto heads nod, mumbling something about the "deep state." Truth and reality are under daily assault, and it IS exhausting because we're dealing with a person with serious mental health issues, the most blatant being bigotry, demonstrated from the days he was a registered democrat. There is equal-opportunity to being an asshole.


Calling African Americans monkeys has recent examples in the Obama family depicted as chimpanzees (especially in Russia); Wulf D. Hund, Professor Emeritus of Sociology, Department of Socioeconomics, University of Hamburg, and Charles W Mills, John Evans Professor of Moral and Intellectual Philosophy, Northwestern University wrote an essay in The Conversation (published on Huffington Post, South Africa): "Comparing Black People To Monkeys Has A Long, Dark Simian History." It goes back to the cringe-worthy observations by news reporters regarding the diction of Chairman of the Joint Chiefs of Staff, General Colin Powell. How EXACTLY is a general supposed to speak other than with perfect diction? The point was so racist, Chris Rock made it a part of his stand up.


Stacey Abrams in Georgia, Andrew Gilliam in Florida and Ben Jealous (my fraternity brother) in Maryland represent the changing demographics of the nation, its inexorable diversification. This is occurring after centuries of genocide (Native Americans); kidnapping and miscegenation of African Americans, multicultural relationships and marriages both gay and straight since Loving and immigration - both legal and illegal - that have some decrying the "melting pot" and looking backwards: to a time that "never was," when the nation had the "purity" of a blanched broth. Entropy and "times arrow" points forward, and forward typically denotes progress, and change.


We do this...together, all cultures; genders, republicans, democrats, independents as a NATION, without an outside hostile force selecting our leaders like "useful idiot" pawns on a grand chessboard - where the jester is only conversant in tick-tack-toe.


"We must learn to live together as brothers or perish together as fools."
Dr. Martin Luther King, Jr.
Posted by physics4thecool at 2:00 AM