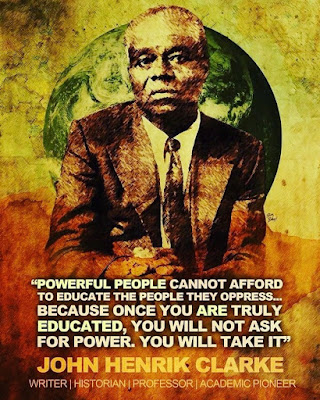 
Charles Blow revealed his own assault experiences on CNN. It was courageous but not hard to believe, as every 98 seconds an American is sexually assaulted; 15 persons per day. One in nine girls and 1 in 53 boys under 18 experience this. I apologize if this triggers anyone.


I was five years old, and my mother visited her sisters in Washington, DC. He was introduced to me as my "uncle," as cohabitation in 1967 was still considered taboo. I accepted that explanation and had my trust violated by a stranger. My mother defended me with what looked like a lead pipe administered forcefully on his temple. We left on the next bus. We never discussed it.


It erupted in fits and starts after I married my wife. I argued about insane things that I didn't think important, but wanted to "win." She was at her wits end, and very close to ending our marriage. My rage was not expressed physically, but I was verbally and emotionally abusive.


My "uncle" experience came out in marriage counseling. I tried to describe it dispassionately, as if I was viewing a scene through an opaque screen. Our counselor wasn't having it: "No, Reginald. That was abuse. That was assault."


That hit me with the same blunt-force trauma as the original lead pipe planted in the asshole's head. I tried to drown my feelings of helplessness and lack of masculinity in a 1.5 liter wine bottle. I collapsed on my kitchen table. I wept. My wife embraced me. I was solidly in my thirties, decades from the event. I dreaded telling my father. When I did, we didn't speak for about two weeks. When we finally did, he was angry that my mother didn't tell him; that I didn't tell him. I just recalled to him the likely reason my mother didn't bother. My father owned a .38 caliber pistol, .22 caliber rifle, and a protective temper. We made amends as I told him I preferred him on this side of the criminal justice system...as my dad.


Questions have lingered since shortly after Kavanaugh’s nomination was announced in July and reporters digging into his public record found that Kavanaugh’s financial disclosure forms showed tens of thousands of dollars of fluctuating credit card balances as well as a loan against his retirement account for the 12 years before 2017. All of these debts disappeared from Kavanaugh’s financial disclosures in 2017 and the forms did not indicate an obvious source of funds to repay them, prompting speculation about potential conflicts of interest.


Finances are the first lever point of influence by an adversary or a oligarch - American or Russian - to a sitting Supreme Court Justice. It's why it's front-and-center on a government SF-86 application, and why the Federal Bureau of Investigation (apparently, the teen girl tweeter-in-chief thinks "investigation" is not part of its function) looks at it. On just this alone, it turns the spirit of the court from an arbiter of the law without partisan considerations on its head. The court teeters from Supreme to kangaroo; the Federal Republic to banana. We are teetering towards collapse, which only pleases Putin.


The optics are already bad when you're putting the pressure of a deadline on a possible victim of sexual assault who has to flee her home due to death threats. For that alone, the FBI should be called. What used to be derisively referred to as cowardice or "shell shock" is now correctly Post Traumatic Stress Disorder, which anyone who has been sexually assaulted are now triggered by the Neanderthal clumsiness of Senators Grassley and Hatch. The optics are already bad post the public accountability of Roger Ailes, Bill Cosby, Bill O'Reilly, and "me too" that pretty much the same cadre of old, ossified white males will judge an accuser of their president*'s pick to the US Supreme Court, only to give himself a 5-4 vote in case the House of Representatives flips and "impeachment is ON the table." Grassley previously was all for an FBI investigation for Clarence Thomas, yet he and Hatch are deathly afraid now. The defense of Judge Kavenaugh, who according to former Senator Russ Feingold (D-Wisconsin) may have lied under oath for his current job is "that was decades ago" and "boys will be boys"; sexually assertive girls are routinely called whores and sluts, sexually assertive p---y grabbing man-babies with toadstool penises... become president*.


The only way to get "boys" to behave is to remove the current statute of limitations most laws have on sexual harassment and predation. That Sword of Damocles is only oppressive on a certain group of men that wish to practice predation unencumbered by accountability. It should force society as a whole to think reflectively on how poorly American culture raises its men in misogynistic toxicity.


The accountability for toadstool man-babies...is The Constitution.
Posted by physics4thecool at 2:00 AM