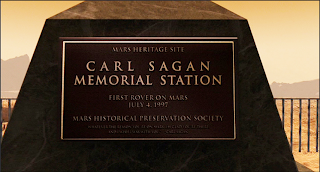 I wept because Carl had been such an inspiration to me, to astronomers, children, physicists, scientists, engineers, technologists, writers, television, movies and film: singularly as much popular impact as Star Trek on a vision of the future and our participation in it.

Three years later, the destiny of entropy came for my father.

Like the death of Charles M. Schultz in 2000 and my mother in 2009, I wept. I felt the passage of time as my childhood heroes were rapidly exiting the scene, seeing but not quite making it into the 21st century (except mom), where entropy will ultimately claim me.

I'm encouraged COSMOS is getting a "reboot" of sorts, but the media is so vastly different than then; so purposely distracting. Whatever the provider or package: can anyone watch all the channels you currently have access to? It's a quaint madness of sorts.

It's hard for kids these days to imagine television going OFF except for some interruption by storms or power outages; prior to 1980 of there being three main channels that broadcast locally, a UHF (ultra-high frequency station, with snowy reception) and PBS. In the advent of COSMOS in 1980, the only cable network news channel was CNN (1 June 1980); MTV would launch 1 August 1981. That was it, so Carl had for the most part, everyone's undivided attention by default, and captured the national imagination.

My concern is shared by David Morrison, a doctoral student of Carl's: your chances of seeing his professor were very high then, whereas Dr. Tyson, Hayden Planetarium Director and well-known for his Star Talk Internet Radio broadcasts, has a vastly more challenging landscape (see "I plan," next paragraph). The unfortunate consequence of popular shows like "The X-Files" and "Millennium" is that each in its own way reinforced the post-Fairness Doctrine demise narrative that "government can't be trusted," and by extension anything its researchers say about science and nature beyond another consumer product. Note the chart from the same article (link at "your chances of seeing" above, same paragraph): 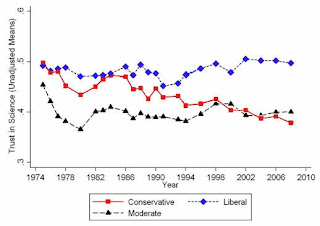 I plan* to rebroadcast, post, Facebook, Tweet and embed; do as much as I can to help push the ratings up. This is important, now more than ever! Hard science is under assault in America, and the joke's going to be on us soon as the saner parts of the planet refuse to follow us down our yellow brick road primrose path of inanity. If we could stop fighting the Civil War for a nanosecond, I'm confident we'd increase our science sagacity as a nation.

I hope you join me, I could use the help. One could become dozens; hundreds; thousands to 500 million; on a planet of 7 billion, a small fraction. Science not in the public sphere - resisted with open hostility - in an ever technological new century is the formula for national bankruptcy and moribundity.

The Carl Sagan Memorial Station above is a fiction of "Enterprise." The Martian "monument" computer-generated, and featured in a scene on one of the last shows before its cancellation. If you can't read the quote above from Carl, it says:

"Whatever the reason you're on Mars, I'm glad you're there, and I wish I was with you."

If we ever get our acts together, it could one day be more science than fiction.


It would honor Carl, and ultimately ourselves.

Please consider taking up my "COSMOS Reboot*" support challenge.  Look for the show site when it's launched, and spread the word on social media. You're a hero in a few clicks.
Taking a blogging break. Please enjoy all the current posts.
See you with new posts in 2014.
Enjoy Christmas, Feliz Navidad, Hanukkah, Kwanzaa, Noel, Saturnalia, Solstice, Yuletide.
Yep, that didn't cover it all, but I think it covered enough.