Researching the term Luddite was quite revealing. Ned Lud (or Ludd/Ludham) appears to have been a fiction concocted to coincide with the legend Robin Hood of Sherwood Forest and the "righteousness" of the protesters' cause 1. First of all, they weren't so opposed to technology as most have defined them over time. Their opposition to the technology of the stocking frame appeared to be what is angering swaths of humanity now: increased productivity that has not been - especially lately - proportional to increased wages or employment.


Thus everyone is taken aback at the impotence of self-governance, which is the hallmark of democratic republics. We do not salute a king, we essentially elect our leaders to do the will of the people who sent them to office, leaders often swayed more by the uber class that invest in their election campaigns; less by their "neighbors" they haven't lived next to in quite some time.


Free trade: most of them have been bandied as cause De Jure by some politicians and ignored by others. "Bring the jobs back" seems a simple solution that begs two questions: 1. Even if the jobs came back, would Americans line up and apply for them? 2. What if our modern "stocking frame" of convenient technology and mobile apps doesn't allow the previous jobs to come back?


I receive as member of the American Physics Society its newsletter. In the print issue of Inside the Beltway I read 2, Michael S. Lubell posits the question: "Does Science Bear Any Responsibility for Today’s Political Discontent?" He points out through science there's been an increase in productivity that up until recent history tracked well with wages and jobs. However, from the article:


A new Economic Policy Institute report provides a possible clue. Josh Bivens and Lawrence Mishel, the report’s authors, took a hard look at the impact of productivity, defined as economic output per unit input (e.g., labor and capital); on a typical worker’s compensation. What they detail is profoundly disturbing.


In short, during those four decades, the average worker stopped benefiting from science and technology’s largess. But corporations did not: their profits rose dramatically, and their stock prices soared. Between the beginning of 1973 and the end of 2014, for example, the Dow Jones Industrial Average, adjusted for inflation, rose 216 percent.


I do have concerns. Again from APS, the latest new report in the under-representation of African Americans in the Physical Sciences 3. There's concern with women 4 being in a fluctuating but representative small number. Both and other groups has to do with exposure and family income: if your parents are in STEM, you're more likely to follow them; in most cases, you are more likely to run experiments in your room if you can afford them and your neighborhood environment feels safe to do so.


We've gone from "Rosie the Riveter" to "Rosie the Robot Maintainer"; "Rosie the IT expert." We've gone from "I'm not college material," and that person joining a manufacturing firm and earning a living though out a lifetime to raise a family to that option no longer existing. The moribund testing industrial complex is only stressing out teachers and students alike at the K-12 levels, and is not preparing those students for more rigorous collegiate-level work, merely maintaining the inequality status quo 5,6,7. We have an opportunity to construct a future based on alternative energy solutions that could - generate a new level of employment that the nation could educate and prepare a future workforce to fulfill. Such gainful employment would relieve a host of - not ALL - social pressures that are in essence a competition for resources and an artificial, socially inequitable sequester/squandering of the same. We could lead on climate emissions reduction and reduce in-kind, stresses that are currently plaguing our society; that may have built a grievous foundation to the two spectacular attacks in Paris this calendar year, where current climate talks are happening this week.


What essentially are we going to do with swaths of humanity not prepared for the jobs of the future...or now? Why aren't our elected representatives answering these substantive questions beyond soundbites, sloganeering and talking points or any science-based questions to "inherit the wind" of nuclear codes to possible species extinction?

Perhaps we need to ask them.

1. Smithsonian Institution: What the Luddites Really Fought Against, Richard Conniff 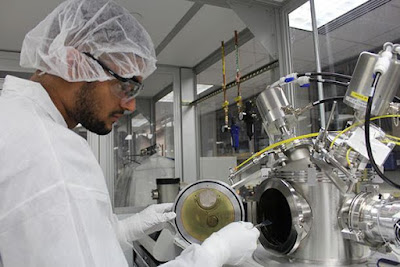