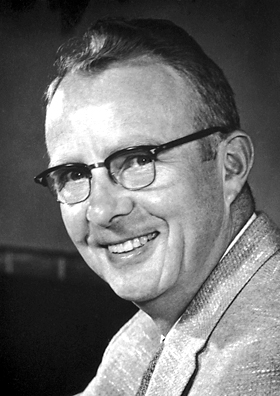 Affiliation at the time of the award: University of California, Berkeley, CA, USA

Prize motivation: "for his decisive contributions to elementary particle physics, in particular the discovery of a large number of resonance states, made possible through his development of the technique of using hydrogen bubble chamber and data analysis"

Early in his scientific career, Dr. Alvarez worked concurrently in the fields of optics and cosmic rays. He is co-discoverer of the "East-West effect" in cosmic rays. For several years he concentrated his work in the field of nuclear physics. In 1937 he gave the first experimental demonstration of the existence of the phenomenon of K-electron capture by nuclei. Another early development was a method for producing beams of very slow neutrons. This method subsequently led to a fundamental investigation of neutron scattering in ortho- and para-hydrogen, with Pitzer, and to the first measurement, with Bloch, of the magnetic moment of the neutron. With Wiens, he was responsible for the production of the first 198Hg lamp; this device was developed by the Bureau of Standards into its present form as the universal standard of length. Just before the war, Alvarez and Cornog discovered the radioactivity of 3H (tritium) and showed that 3He was a stable constituent of ordinary helium. (Tritium is best known as a source of thermonuclear energy, and 3He has become of importance in low temperature research.)
Nobel Prize: Biographical, Nobel Lecture, Banquet Speech
Posted by physics4thecool at 4:30 AM