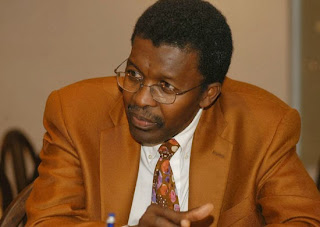 Dr. Raul Cuero, from Buenaventura, Colombia, is PhD Microbiologist, Distinguished Professor; research leader, inventor, and scientist at Prairie View Texas A&M University. Dr Cuero holds 9 scientific inventions and more than 90 scientific publications. Dr Cuero is currently working on fungal toxins at the molecular level, and on biogenesis. He is also the author of the book "Triumph and Survival".

Dr. Cuero's story is remarkable as he evolved from being a child of a very poor family, who played with and observed roaches as a means of distraction and entertainment, to becoming a worldwide renown biotech scientist. He was also an outstanding athlete during his youth years when he made the Colombia National basketball team and became its captain.

Dr. Cuero hase been awearded a number of Fellowships/Scholarships, Awards, Recognitions, and Honors. He was Key Note speaker for the General Assembly of the Organization of American States (OAS/OEA), May 29, 2008, Medellin, Colombia. (1)

President and Research Director of the "International Park of Creativity," Bogota, Columbia, and international consultant on science and biotechnology.

A scientific research collaborator at NASA, Dr. Cuero invented the technology to eliminate and destroy toxic and radio-nuclide contaminants using Martian Stimulant Soil. This technology was selected as one of the three most important to the environment in the global MOOT CORP competition in Austin, Texas.


MOSI is a non-profit, community-based institution and educational resource that is dedicated to advancing public interest, knowledge and understanding of science, industry and technology. MOSI's core ideology is to make a difference in people's lives by making science real for people of all ages and backgrounds.(2)