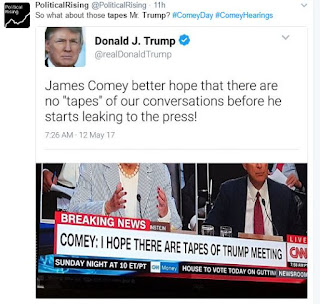 
George Washington only served one term. In his farewell address, he warned the new country of breaking up into "factions."


We've been factions since the founding of the republic. "All men are created equal" is quite poetic sophistry, since that did not extend to my ancestors of African descent, nor women until the 19th Amendment. Homosexuals were acknowledged only in the early Uniform Code of Military Justice as "bungholery." The only persons that could vote at the founding were property (typically slave) owners.


Now we are here: post the first African American to hold the position in 232 years of the republic, post poll taxes, lynching, KKK terrorism and Jim Crow - apparently, the "good old days." He was followed by a candidate now president that put dog whistle politics through a meat grinder of 140 characters and turned it into a Foghorn; lying brazenly has become performance art; "truthiness" is quaint and nostalgic in comparison to the breathtaking obfuscations we're exposed to on a regular basis from corners we need to trust for the republic to properly function. "Breaking news" is almost oxymoron now.


Now, we're supposed to be calm that the man with the nuclear codes is "new" to the job. At last, my insomnia has a cause to its effect.


Then we had a long talk about his approach to politics. He never called himself a “populist” or an “American nationalist,” as so many think of him today. “I’m a Leninist,” Bannon proudly proclaimed.


Shocked, I asked him what he meant.


“Lenin,” he answered, “wanted to destroy the state, and that’s my goal too. I want to bring everything crashing down, and destroy all of today’s establishment.” Bannon was employing Lenin’s strategy for Tea Party populist goals. He included in that group the Republican and Democratic Parties, as well as the traditional conservative press.


I emailed Bannon last week recalling our conversation, telling him that I planned to write about it and asking him if he wanted to comment on or correct my account of it. He responded:


Of course that's a convenient dodge and Snopes says it's unproven. Yet we currently have a few dozen candidates announced for a total of 554 positions. [2] What happens if we have a terrorist attack, or a hurricane, flooding, tornado, earthquake here or abroad? Who indeed is running the joint? [3]

Whether myth or mission: Mission accomplished!


The Administrative State are the norms we've established for ourselves, covered by laws, customs and expectations of common sense. Social media has entered the political arena where every representative from senators, house members and the president are expected to send out something into the Zeitgeist. We are in new territory with this ongoing, morose experiment of government-by-tweet of 140 characters or less.


The sad part is our civics knowledge and civility are both at all-time lows, lost in a translation of atomizing electronics that parrots back to us our tastes in music, customized news feeds; decimating what used to be the "The Common Good." The Republican Party removed any mention of their traditional opposition to Russia in the Ukraine at the designing of their platform before the GOP convention, influenced by the candidate that had been a registered democrat for 65 of his 70 years on the planet, he and his surrogates with more ties to the Kremlin than Boris Badenov and Natasha Fatale. The "party of patriotism" post the apotheosis of Joe McCarthy is now soft on Commies. Who knew? We live in interesting times.


Missing in the conversation: the Orwellian-named "Crosscheck," AKA Kris Kobach that was designed not to fight the statistically non-existent incidence of voter fraud, but to eliminate voters - especially African and Hispanic/Latino Americans - from the rolls. This was an inside and an outside job.


While we investigate for collusion, we're allowing both games to go on unchecked before the 2018 and 2020 elections. The choice of our own representation is the feature of our imperfect republic. A foreign nation picking our leaders pushes our national self-definition from a federal republic to banana. Nothing about Director Comey's testimony changed any minds, depending what tribe/faction you find yourself in.


"The Russians are [not] coming," Director Comey: they are already, and still here.

"There are but two parties now: traitors and patriots. And I want hereafter to be ranked with the latter and, I trust, the stronger party." Ulysses S. Grant, Commanding Union General in the Civil War, 18th president of the United States of America.

1. Steve Bannon, Trump’s Top Guy, Told Me He Was ‘a Leninist’, Ronald Radosh, The Daily Beast
2. Help wanted: Trump administration still has hundreds of jobs to fill, John W. Schoen, CNBC
3. WHO'S RUNNING THE GOVERNMENT? Trump has yet to fill 85% of key executive branch positions, Sonam Sheth, Business Insider
Posted by physics4thecool at 2:00 AM