Today is my 55th birthday. I start graduate classes today. I'd hoped to be in a better mood, an uplift from Friday's post.


Saturday, I watched the events in Charlottesville, Virginia unfold on national television. My wife cried even before the name of the victim run over by a coward was announced. I'm sure her as well as my own thoughts drifted to our adult sons. My nephew opined about his own son, not even a year old and the world he and his girlfriend have to prepare him for.


I'm studying an exciting STEM field (Nanoengineering), but I find the living at my particular artificial societal demarcation of humanity exhausting. No one can convince me this isn't a mental disorder; a mass hysteria born of the first African American being elected president of the republic in 232 years and the backlash encouraged by right/Reich wing web sites, talk radio and schlock television hosts on conservative outlets. Despite having their chaos agent in power, this madness continues unabated.


I will study HARD. I think it's the only thing that will keep me calm...and sane.


I could only think of the post for Appomattox (April 12, 2015). I think it is apropos for our current and continuing neurosis on division, expanded via FOGHORN by our current "chief executive*", an obvious accident of a bereft national knowledge of civics responsibility.


His response to the violence Saturday he encouraged during the campaign was weak and tepid. An obvious dolt at history, he's never heard the quote made famous by Malcolm X "the chickens have come home to roost," (and he wasn't the origin of it, just its more modern proponent) now a double entendre of karma and irony.


One would think he was concerned about how his words would be measured by the Klan and Neo Nazis, and could care less what the rest of his nation thinks.


"To be a Negro in this country and to be relatively conscious is to be in a rage almost all the time." - James A. Baldwin


Thursday, 9 April was the Sesquicentennial, the 150 year anniversary of the South's official surrender to the North in the person of Generals Robert E. Lee to Ulysses S. Grant in Appomattox, Virginia. On the same date in 1947, Branch Rickey signed Jackie Robinson, making him the first African American to play in major league baseball; the first professional athlete of color in any sport at the time. He walked through a door first opened by Jesse Owens at the 1936 Olympic Games, invalidating Hitler's theories of Aryan athletic superiority.


Yesterday, Walter Scott was buried...murdered in the heart of the Confederacy, for a broken tail light. 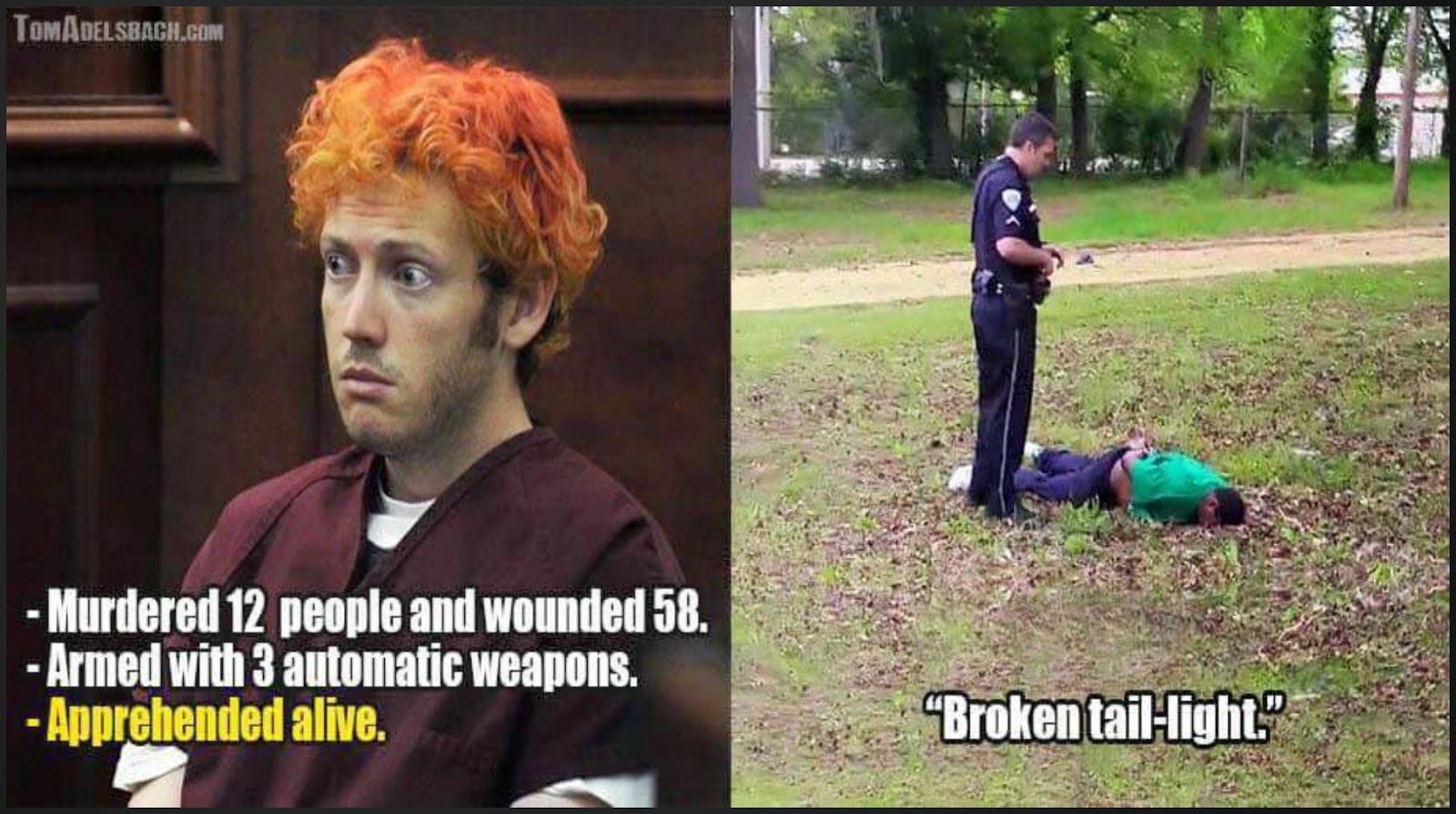 
Dred Scott - the man for whom the Supreme Court's most daft decision was the match spark for the Civil War (and apparently, the nomination of Abraham Lincoln as candidate to the-then radical/progressive republican party) - said in the opinion of Chief Justice Taft:


"In the opinion of the court, the legislation and histories of the times, and the language used in the Declaration of Independence, show, that neither the class of persons who had been imported as slaves, nor their descendants, whether they had become free or not, were then acknowledged as a part of the people, nor intended to be included in the general words used in that memorable instrument...They had for more than a century before been regarded as beings of an inferior order, and altogether unfit to associate with the white race, either in social or political relations; and so far inferior, that they had no rights which the white man was bound to respect; and that the negro might justly and lawfully be reduced to slavery for his benefit." [1]


From a similar, thoughtful article in The Atlantic: "It is easy to proclaim all souls equal in the sight of God,” wrote James Baldwin in 1956 as the Civil Rights Movement took hold in America; “it is hard to make men equal on earth in the sight of men." [2]


Since the election and reelection of President Obama, it's apparent we've never stopped fighting the Civil War. As publicly directed towards him, there is an obvious visceral disdain for the part of the American electorate that he, by existing embodies. There has been since his two terms an increase in highly motivated hate groups; hate crimes; the escalation in murders (example by this recent affront), luckily caught on a citizen's smart phone. Some would say the president has encouraged this. However, I posit that it's not his encouragement, it is his presence in the Presidential Mansion - renamed The White House after a visit to President Theodore Roosevelt by Booker T. Washington, and the national backlash it ensued [3] - that is so offensive to those that don't want their place in the social hierarchy disturbed (wanting "their country back"). From Trayvon Martin, Jordan Davis, Renisha McBride, Eric Garner and now Walter Scott: the Facebook meme below sums up the anger and frustration felt by citizens of this country. [4] It means we can never relax, never just "be." Even our genetic telomere lengths are shorter due to this stress.


Over time, the Civil War became the subject of great romanticization and sentimentalism in cultural memory. For veteran soldiers on both sides, reconciliation required time and the pressure of political imperatives imposed by the larger society on them and on the conflict’s memory. In the wake of this war, Americans faced a profound and all but impossible challenge of achieving two deeply contradictory goals—healing and justice. Healing took generations in many families, if it ever came at all. Justice was fiercely contested. It was not the same proposition for the freedmen and their children as it was for white Southerners, in the wake of their military, economic and psychological defeat. And in America, as much as it sometimes astonishes foreigners, the defeated in this civil war eventually came to control large elements of the event’s meaning, legacies, and policy implications, a reality wracked with irony and driven by the nation’s persistent racism. [2]


Walter Scott sprinted from the scene of a traffic stop, possibly thinking he was to be served for neglected child support payments. That is not worthy of an execution. He was shot in the back with the same regard as cattle at a slaughter shop; killing a mad dog fleeing. Considering that I am a US citizen that trained in a STEM field, an armed forces veteran (as Walter Scott); a MAN: I, nor my sons (the oldest also a veteran) should feel like this in our own country: 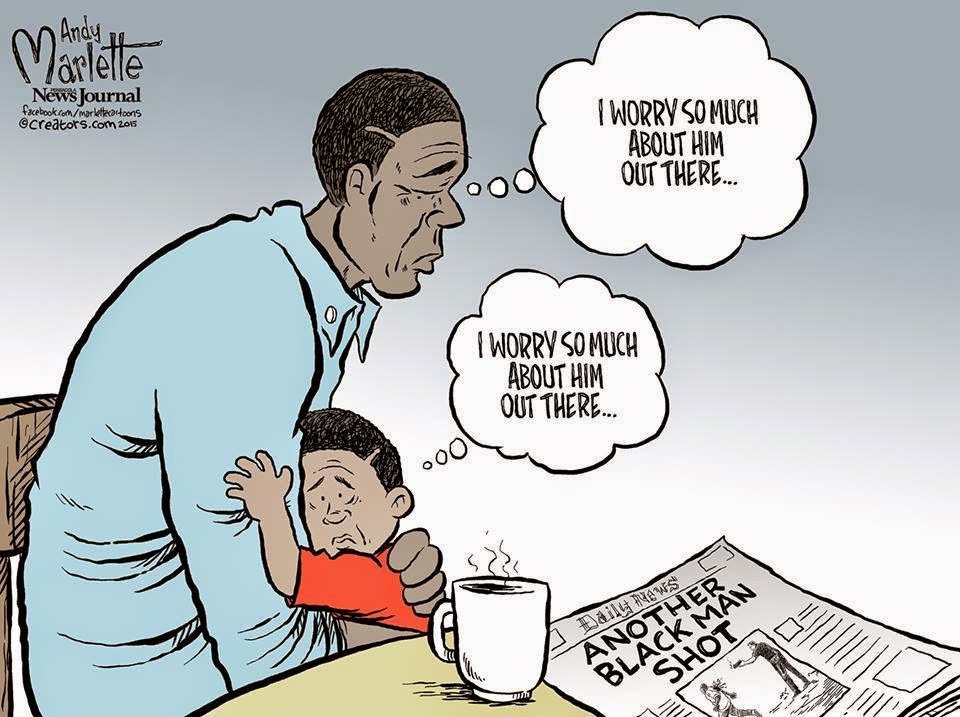 The "United" States of America: You cannot be united if you still support the slavery historically-generated "states rights" in everything from voting rights for African Americans; criminalizing a woman's right to choose, to same-sex marriage. The Ku Klux Klan; the John Birch Society; the Tea Party are the typical regressive reactionary responses to any fairness; any progress from the "lesser classes" that should "know their places." [5] We are becoming a byword; an oxymoron. The global economy we encouraged we're falling woefully behind. Technologically backpedaling, we are contesting Darwin and "Creation Science"; anti-vaccination activists to actual scientists; the Jesuit 6,000 year estimate to actual red shift measurement of the age of the universe; climate disruption that the Pentagon sees as an existential threat snowball poo-pooed as pseudo-controversy: our competition abroad has no equivalent analog - our inanity is being ignored for good reason. Like ancient Rome, we're bloated and over-extended; intensely tribal and superstitious; pseudo-scientific; withering from within. We are now a de facto Oligarchy, the only thing we're lacking is the final, deafening crash on the heaps of feudalism and anachronism. We could avoid it by an evolution in thought and policy; a new Appomattox that reinvigorates the republic, and takes this country forward: our viability as a nation is really in the long run, what matters for us all.


"We must learn to live together as brothers, or perish together as fools."
Dr. Martin Luther King, Jr.

1. This Day in Quotes: March 6, 1857, The Dred Scott Case
2. The Atlantic: The Civil War Isn't Over, David W. Blight
3. Slavery by Another Name: The Re-Enslavement of Black Americans from the Civil War to World War II, Douglas A. Blackmon
4. 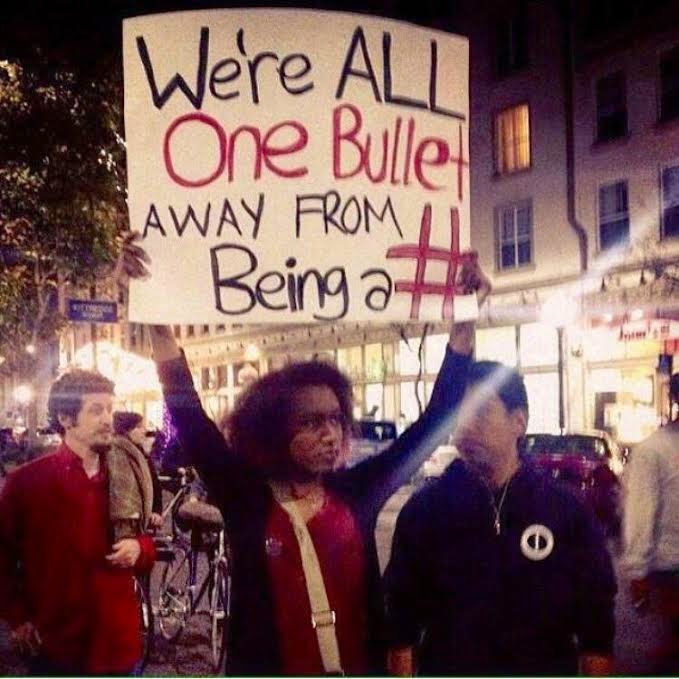 5. The Reactionary Mind: Conservatism from Edmund Burke to Sarah Palin, Corey Rubin
Posted by physics4thecool at 2:00 AM