Well...I'm not exactly comfortable with a possible Cylon in my future... 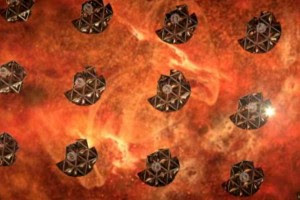 In a recent article, Search for Extraterrestrial Intelligence (SETI) astronomer Seth Shostak makes an intriguing claim: SETI should start pointing its telescopes toward corners of the known universe that would be friendly not just to intelligent aliens but to artificial alien intelligence. The basis of his suggestion is that any form of life intelligent enough to generate the kinds of radio signals that SETI is looking for would be “quickly” superseded by an artificial intelligence of their creation.


This is the premise of Battlestar Galactica: they were "superseded" by the children of humanity.

The "quickly supersede" thing sounds like it would kind of hurt!

Email ThisBlogThis!Share to TwitterShare to FacebookShare to Pinterest
Labels: Cylon, Technology Superceding Us