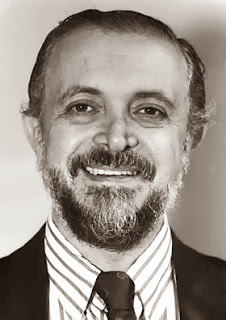 The Nobel Prize in Chemistry 1995
Paul J. Crutzen, Mario J. Molina, F. Sherwood Rowland
Mario J. Molina
Born: 19 March 1943, Mexico City, Mexico
Affiliation at the time of the award: Massachusetts Institute of Technology (MIT), Cambridge, MA, USA
Prize motivation: "for their work in atmospheric chemistry, particularly concerning the formation and decomposition of ozone"
Field: Atmospheric and environmental chemistry
I attended elementary school and high school in Mexico City. I was already fascinated by science before entering high school; I still remember my excitement when I first glanced at paramecia and amoebae through a rather primitive toy microscope. I then converted a bathroom, seldom used by the family, into a laboratory and spent hours playing with chemistry sets. With the help of an aunt, Esther Molina, who was a chemist, I continued with more challenging experiments along the lines of those carried out by freshman chemistry students in college. Keeping with our family tradition of sending their children abroad for a couple of years, and aware of my interest in chemistry, I was sent to a boarding school in Switzerland when I was 11 years old, on the assumption that German was an important language for a prospective chemist to learn. I remember I was thrilled to go to Europe, but then I was disappointed in that my European schoolmates had no more interest in science than my Mexican friends. I had already decided at that time to become a research chemist; earlier, I had seriously contemplated the possibility of pursuing a career in music - I used to play the violin in those days. In 1960, I enrolled in the chemical engineering program at UNAM, as this was then the closest way to become a physical chemist, taking math-oriented courses not available to chemistry majors.
After finishing my undergraduate studies in Mexico, I decided to obtain a Ph.D. degree in physical chemistry. This was not an easy task; although my training in chemical engineering was good, it was weak in mathematics, physics, as well as in various areas of basic physical chemistry - subjects such as quantum mechanics were totally alien to me in those days. At first I went to Germany and enrolled at the University of Freiburg. After spending nearly two years doing research in kinetics of polymerizations, I realized that I wanted to have time to study various basic subjects in order to broaden my background and to explore other research areas. Thus, I decided to seek admission to a graduate program in the United States. While pondering my future plans, I spent several months in Paris, where I was able to study mathematics on my own and I also had a wonderful time discussing all sorts of topics, ranging from politics, philosophy, to the arts, etc., with many good friends. Subsequently, I returned to Mexico as an Assistant Professor at the UNAM and I set up the first graduate program in chemical engineering. Finally, in 1968 I left for the University of California at Berkeley to pursue my graduate studies in physical chemistry.
Nobel Prize:

Biographical, Nobel Lecture, Interview (32 minutes)
Posted by physics4thecool at 4:30 AM