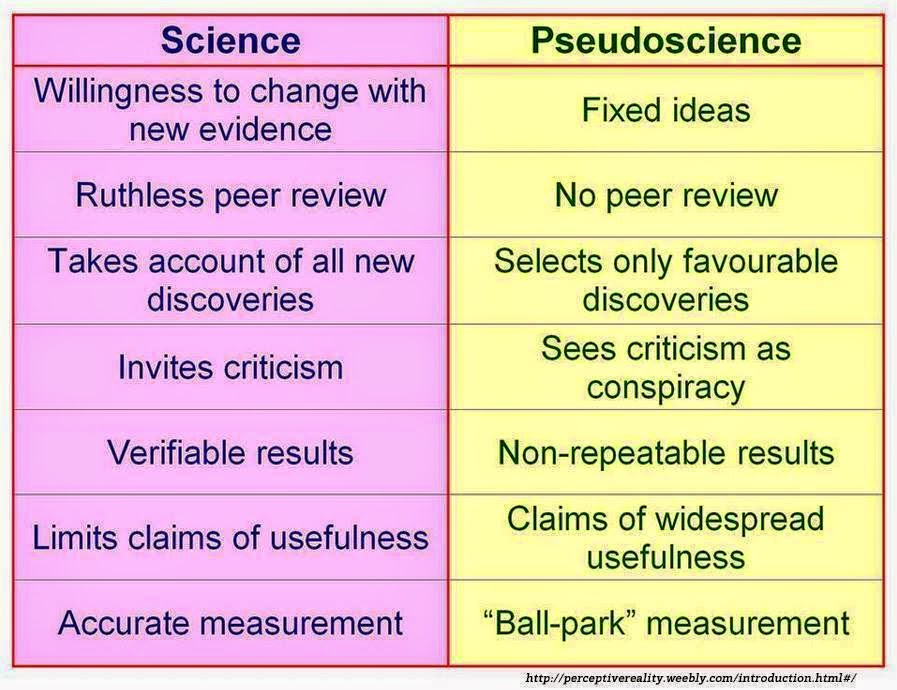 I discussed in two parts last weekend the pervasiveness of pseudoscience in our culture that in many ways have led to the standoff in Nevada, the shooting at the Jewish Community Center; the curt comments from Bill O'Reilly and now the (alleged) nonplussed commentary on being seen in public with African Americans from LA Clippers owner Donald Sterling to his obviously-young-enough-to-be-his-daughter non-European girlfriend. His famous employee Chris Paul is apparently waiting for confirmation of this rumor, but I seriously doubt there will be a strike, forfeit or walk-off. I think his pending NAACP Image Award has probably been revoked.

Eugenics is an example of the science of evolution being pushed into the realm of pseudoscience: part of Darwin's thesis was comparing artificial selection - breeding - to natural selection, which only requires an inordinate amount of time. (Thus the Jesuit estimate of 6000 years must be adhered to versus the scientific, painstaking calculation by Clair C. Patterson of 4.6 billion years.) No less than Charles Murray has crawled out from under his rock to advise Texas gubernatorial candidate Gregg Abbott how do deal with the GOP's "women problem," and Nobel Prize recipient William Shockley (of the Shockley diode equation) donated his spunk to the cause of selectively breeding geniuses. It has been my experience that academic preparation - even at the highest levels - does not always confer critical thinking skills or wisdom.

My favorite hedge-fund rancher Cliven Bundy is not a welfare queen: that would be a sexist and racist comparison to gaming the system. At 1.2 million dollars in 21 years of free grazing on "we the people," this is outright theft from taxpayers, a slow-mo version of the Wall Street staccato bank heist of 2008 (for which, they paid themselves all handsome bonuses), because of, you know: "liberty."

Taraxacum /təˈræksəkʉm/ is a large genus of flowering plants in the family Asteraceae. They are native to Eurasia and North and South America, and two species, T. officinaleand T. erythrospermum, are found as weeds worldwide.[2] Both species are edible in their entirety.[3] The common name dandelion (/ˈdændɨlaɪ.ən/ DAN-di-ly-ən, from French dent-de-lion, meaning "lion's tooth") is given to members of the genus, and like other members of the Asteraceae family, they have very small flowers collected together into a composite flower head. Each single flower in a head is called a floret. Many Taraxacum species produce seeds asexually by apomixis, where the seeds are produced without pollination, resulting in offspring that are genetically identical to the parent plant.[4] (Wikipedia)

This dandelion is blown in the wind by echo chambers deficit of facts and bereft of values other than profit in the deified "market." It looks innocent enough until it implants in the rich manure of sectarian strife at the pariah 99% levels, fed by ignorance; metastasizes and grows into the weed of violence. As long as we argue the conspiracy theory of the moment and treat other parts of humanity as "the other"; we cannot and will not see the "invisible hand of the market" deftly picking our pockets. The "patriots" are pointing in the wrong direction.

Hosea 8:7 "For they have sown the wind, and they shall reap the whirlwind: it hath no stalk: the bud shall yield no meal: if so be it yield, the strangers shall swallow it up."
Posted by physics4thecool at 7:46 AM