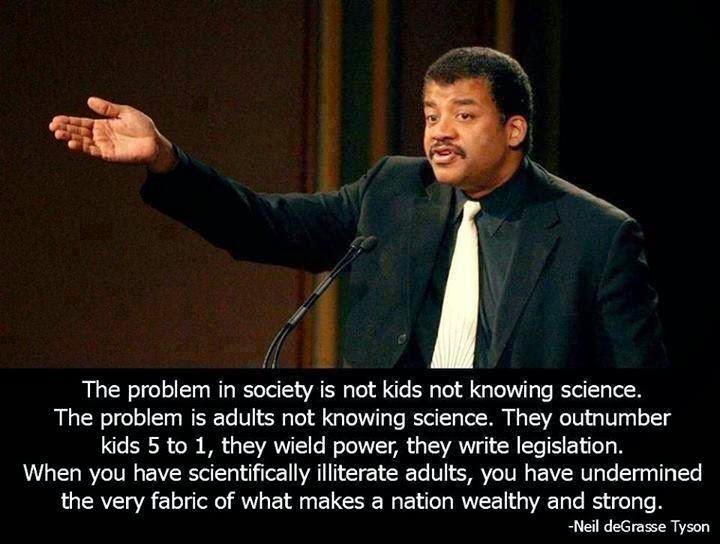 
On the blog "Physics and Physicists," Zapper Z writes the following:


A while back, I started a series of blog entry titled "You Can Teach Yourself To Think Like A Scientist". In Part 3 of this series, I mentioned about the general principal that one might be able to draw when reading the statements made by a US Senator Marco Rubio of Florida. To refresh your memory, in a GQ Magazine interview, the senator was asked on how old he thinks the Earth is. He evaded answering the question by claiming that he's not a scientist, and that the issue has nothing to do with the economy of the US, which one would gather is the more important issue on his plate at that time.


Based on that interview, I tried to illustrate trying to extract the principals that Senator Rubio was using, which presumably are the principals that guide him in his decisions. His refusal to answer this question and based on his responses, one can conclude that he would rather defer such questions to experts. There's nothing wrong with that, and certainly, being put in a position like that, deferring to the experts is a rather smart way to respond to such a question.


However, such a principal no longer applies anymore, it seems. In the latest news report, it seems that Senator Rubio thinks that he's a climate expert.


"I do not believe that human activity is causing these dramatic changes to our climate the way these scientists are portraying it," Rubio said.


The dear senator is picking himself up from a personal debacle with tea party constituents, i.e. actually trying to solve problems with immigration reform, an effort he now absolves himself of.


The title of his blog entry is "US Senator Marco Rubio Shifts Position And Thinks He's A Climate Expert." A long title/URL I'll admit.


The point he's making is the convenience of duplicity; clearly demonstrable Orwellian doublespeak. The senator is obviously making a political calculation, not reporting facts, or new data that would make him reconsider the science.


Governor Romney was for climate change in Massachusetts, working to reduce the state's greenhouse gas emissions until he was against it to win his party's presidential nomination, and gaff about it at the GOP convention (kind of like his flip-flop on the public mandate regarding healthcare reform). Unfortunately, we cannot ignore it, nor couch the group into a witty comedic punchline.


Tomorrow: Magical Thinking
Posted by physics4thecool at 4:00 AM