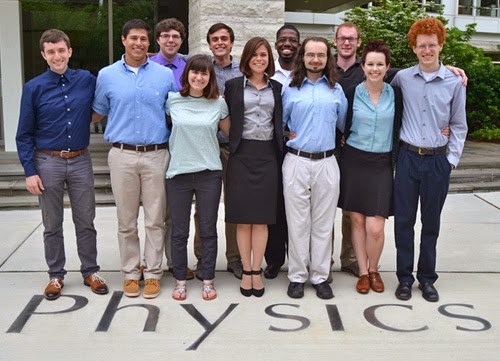 My youngest has an internship with a Civil Engineering firm in Arlington. That fact fills me with pride, and some financial relief as he pays his own rent this summer.

However, the following both filled me with parental puff, and gave me pause:

STEM learning is critical to a 21st century education, but there remains a serious mismatch of skills for entering the workforce.  According to data from the Ray Marshall Center’s Student Futures Project, in 2012 only 21 percent of students in Central Texas graduated with an interest in an Engineering, Computer & Information Services, or Natural Sciences & Mathematics post-secondary program.  Further, research suggests that students indicating a preference for a STEM career by the eighth grade are two to three times more likely to earn STEM degrees than their peers.

By the ninth grade, he entered and matriculated through something called an "Architectural Passport" program until he graduated. He initially wanted to be an architect or go into architectural engineering. Civil engineering was the closest at UT Arlington, and the firm he works for works in structural engineering, which is essentially what AE's would do. He's having a lot of fun.

This statistic from the STEM council troubles me as employers are starting to hire Central Texans again in STEM fields. To feed this pipeline, it would behoove them to increase this percentage. If you're in Civil Engineering, the ASCE site probably is your best bet. For all us physics nerds, here's a little help below.

Also covers: commuting allowance, coverage of transportation to/from Washington, DC, and support to attend and present at a national physics meeting in the year following the internship.

Meet the 2014 SPS National Interns, who are in the Washington, DC, area for 9.5-week science, policy and outreach internships with organizations including SPS, AIP, AAPT, APS, NASA, NIST, and the U.S. House of Representatives, May 28 - August 1, 2014.