Since I reposted for mom...Happy Father's Day Pop. (Chief) 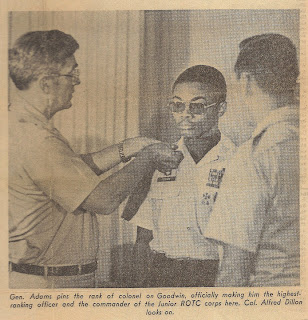 “Shortly after the White members ceased using the sanctuary, questions about legal ownership of the church property began. The members of the New Light Beulah claimed ownership, as well as former white members of Beulah Baptist Church. The continuing dispute and the distance traveled by some members resulted in more than half of the membership securing letters of dismission in 1871 to organize the Zion Benevolent Baptist Church, Hopkins, S. C. Complicating the issue of ownership even more was a dispute between Anthony Morris (Black), a member of New Light Beulah and Jesse Reese (White), a former member of Beulah Baptist Church. December 2, 1871, apparently Brother Anthony Morris purchased a cow from Mr. Reese for $34.00 placing $21.00 down with a promise of possession with payment of the balance. Brother Morris later came prepared to pay the balance, but was told by Mr. Reese that the cow was sold and there would be no refund. Consequently, conflict arose between Reese and Morris, along with several members of the New Light Beulah Baptist Church who supported Morris. Subsequently, one of Mr. Reese's cows was maimed resulting in accusations of several New Light Beulah members who were eventually tried in General Sessions Court. Tense relationships developed in the Grovewood-Congaree community between Black and White citizens.

“New Light Beulah elected Nazareth's Reverend Isom William Simons as her third pastor. Just prior to Reverend Simons arrival, the church had elected Brother Frank Smith as church clerk to replace Andrew Richbourg. However, Brother Richbourg was reelected church clerk in 1885 for 1 year. Burrell J. Goodson was elected church clerk in 1886. Isom Harrison Goodwin was then elected clerk in 1887. Frank Smith served as clerk again in 1887. New Light Beulah's clerks Smith, Goodson and Goodwin were all at one time students of Benedict Institute.

Julius Goodwin was my great-grandfather. He and his brothers would take the name of Goodwin after emancipation in 1865, giving it to his wife Epsy and his children, one of which Moses Pickett Goodwin: my grandfather.

Robert Harrison Goodwin was born June 19, 1925, on the same day celebrated in Texas, nationally and internationally as Juneteenth.

Robert lost his father Moses, a sharecropper and school teacher, at the age of three. From all descripts, a voracious reader, and that desire to learn transferred to his son. Raised by his “village” at the time, Robert would quit formal education in the 6th grade to work, bringing home money for his mother, Estelle. He would be drafted in the US Navy in a segregated squadron. He was a ship weapons expert, a cook and a Navy boxer: my first martial arts instructor. He took and passed a college entrance exam, despite his lack of formal education. He opted sadly, not to go, the challenge of the times and the need to make money for his mother, which he dutifully sent home from his meager enlisted check of $92.00.

On his departure after World War II from the Navy, he brought his clothing to a dry cleaning business in Winston-Salem, NC, where a young woman named Mildred would see him. Impressed with his looks and muscles (he was a boxer), she convinced her manager to give the person she’d eventually call “Boot” Goodwin a job. They married April 8, 1950 and Robert became an immediate father to my sister Mamie, who was 8 at the time. I came along 12 years later.

Nanos gigantium humeris insidentes – I stand on the shoulders of giants. I am here because of them. I studied physics because my great-grandfather and his brothers in their own way were fighters, and did not let challenges of violence defeat their dream; my grandfather Moses was an educator and sharecropper who provided mightily for his family; having friendships that endured after his passing and men to raise his son, and my father (Pop) mechanically gifted, brilliant and kind: enduring years of discrimination to bring home money for his family, passed over for promotions and did not let bitterness poison the dreams of his son: me.

He and my mother would help me achieve the rank of Brigade Commander of Winston-Salem/Forsyth County Schools: the highest rank in the city, and the first African American. He was instrumental in my learning the fine art of military drill with a rifle, and how to shoot both rifle and pistol, orienteering and public speaking. He and my mother were Deacon and Deaconess at Galilee Missionary Baptist Church.

In college on my initial troubles with Calculus, Pop purchased a book on the subject; studied it for two weeks and tutored me! Problems solved.

(I attended coincidentally, New Light Church when I lived in Austin, Texas before I knew this history or its significance.)

Happy Father’s Day, gentlemen: I thank you all.

Posted by physics4thecool at 7:01 PM

Email ThisBlogThis!Share to TwitterShare to FacebookShare to Pinterest
Labels: Diversity in Science, History