"At the age of 12, I developed an intense interest in mathematics. On exposure to algebra, I was fascinated by simultaneous equations and read ahead of the class to the end of the book." John Pople 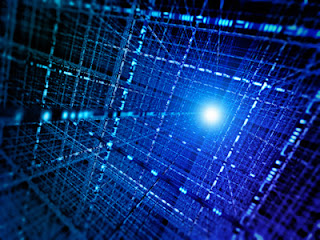 It's the sort of easy maths problem that you can work out in a few minutes using pencil and paper, but physicists in China, Canada and Singapore have now solved pairs of linear equations like this one using a simple quantum computer. Their experiment involves encoding quantum information into four photons and sending them through a system of optical devices. The physicists claim that their set-up could be improved and modified further to solve other types of problems.

The computational feat has been carried out by Jian-Wei Pan and colleagues at the University of Science and Technology of China, the University of Toronto and the National University of Singapore, who used a quantum algorithm created in 2009 by Aram Harrow, Avinatan Hassidim and Seth Lloyd. For simple systems of linear equations, Harrow and colleagues showed that their algorithm can be exponentially faster than the best solving methods that use a classical computer. One important caveat, however, is that the algorithm does not find an exact solution, but only the most likely answer.

"As long as algebra is taught in schools, there will be prayer in schools." Cokie Roberts