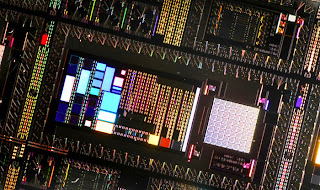 A quantum computer made by the Canadian company D-Wave Systems has been used to solve a famous puzzle in mathematics known as the party problem – according to a team of physicists in Canada and the US that has done the work. D-Wave describes the result as one of the most significant achievements for its devices to date, but some physicists are being party poopers by remaining unconvinced there is anything to boast about.
Unlike classical computers, which store bits of information in definite values of 0 or 1, quantum computers store information in quantum bits (qubits) that exist as a fuzzy superposition of both. This mixed-up nature of quantum computing extends beyond individual qubits: multiple qubits can be entangled so that they work in unison. As a result, quantum computers should be able to solve certain problems – such as factorizing large numbers – much faster than their classical counterparts.
In principle, there are several ways that quantum computers can work. A more conventional approach is to perform a calculation by operating on the qubits one step at a time, so that in the final step the answer is encoded in the qubit states. Another way is called adiabatic quantum computing and involves letting all the qubits slowly evolve in carefully controlled conditions so that the problem is described by their web of interactions. Adiabatic quantum computing should still give the desired result in the final qubit states. However, when compared with more conventional approaches, it is less susceptible to external influences such as stray heat, which can destroy a quantum calculation.

Physics World: Has a quantum computer solved the 'party problem'?
Posted by physics4thecool at 4:00 AM