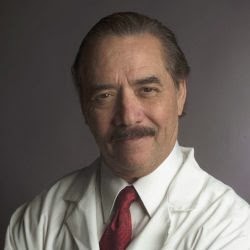 Overview
As the James A. Perkins endowed Professor and Research Scientist at Cornell, I have devoted my professional life to the chemical biology. ecology and medicinal chemistry and toxicology of natural small molecules and glycoproteins from plants and arthropods that are important in ecological and biological interactions and human and animal health and medicine. In collaboration with Dr. Richard Wrangham at Harvard we established the discipline of zoopharmacognosy (animal self medication with plants) and Chemo-ornithology (chemical ecology of bird-inect-plant interactions) with David Rosane from CUNY. I have developed a new undergraduate course and research program on the pharmacognosy, pharmacology and nutritional biochemistry of natural substance important for the control of diabetes type 2 and breast and pancreatic cancer in underrepresented communities in the US and Mexico. I have also devoted considerable time and effort to the training of hundreds of underrepresented undergraduate and graduate minority and majority students in the sciences at Cornell and the University of California, Irvine. A plethora of these fine young women and men at Cornell and UCI are now medical doctors, health specialists, research Professors, pharmaceutical scientists, biologists and environmental ecologists. (1)
*****
James Perkins Professor of Environmental Studies at Cornell University. He was born in Edinburg, Texas.
Collaborating with primatologist Richard Wrangham, Rodriguez introduced the concept of zoopharmacognosy.
Rodriguez graduated from the University of Texas, Austin with a B.S. in 1969 and a Ph.D. in Phytochemistry and Plant Biology in 1975. Later, at the University of British Columbia, he received medical postdoctoral training in Medicinal Botany.[2] He was an Assistant Professor of Ecology and Evolutionary Biology at the University of California, Irvine from 1976 to 1994[4] before joining the faculty at Cornell.
Rodriguez is the founder of the California Alliance for Minority Participation (CAMP) program funded by the National Science Foundation. As a result the CAMP program spread from its home campus, University of California at Irvine, to the 9 other branches of the University of California.(2)
1. Faculty Page: Eloy Rodriguez, Ph.D., Cornell University
2. Wikipedia: Eloy Rodriguez, Ph.D.
Posted by physics4thecool at 4:30 AM