...and, it's Friday! One more week to geek on "Winter Soldier." I'd buy on Fandango: after the east coast nuclear winter, people will be stir crazy from telecommuting and need to get out...and see real people again.

The analysis below is the reason why you shouldn't take a physics person to the movies with you...just kidding, and my wife sadly has no choice in the matter. We'll behave, promise. Just don't ask questions like these. 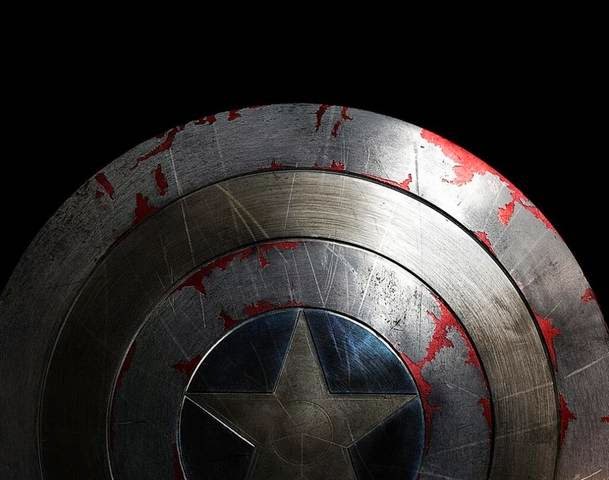 At the end, Cap throws his shield at the Winter Soldier – because that’s what Captain America does. But wait! The Winter Soldier just catches the shield and throws it right back at Captain America. The real cool part is what happens when Cap catches the shield. The impact is strong enough to push him back a little bit. Is this enough to get an estimate for the mass of the shield? I think so.

Sliding Back
This is really a multi-part problem. First, the shield is thrown by the Winter Soldier. I don’t really care about the throwing motion. Next, the shield moves through the air to Captain America and collides with him. This gives him some recoil velocity. However, Cap is standing on the ground such that his recoiling body is slowed down to a stop by friction.

It might not seem to be the best place to start, but I am going to start backwards. Let’s look at Captain America sliding after the impact with the shield. By estimating the frictional force and the sliding distance, I can get a value for the recoil speed after the impact.

In this first problem, I can just consider Captain America as a block with some initial speed moving across the ground. Here is a force diagram while he is slowing down (after the impact). 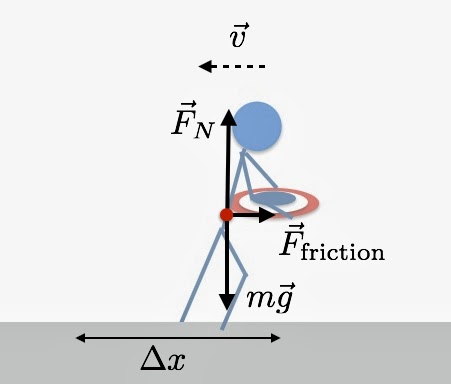 The forces in the vertical direction must add up to zero since Cap doesn’t accelerate up or down. This means that I can find the force the ground pushes up on him:

Why do I need this force pushing up (usually called the Normal force)? If I use the typical model for sliding friction, the magnitude of the frictional force can be determined by:

Wired: How Much Does Captain America’s Shield Weigh? Rhett Allain
Posted by physics4thecool at 4:00 AM