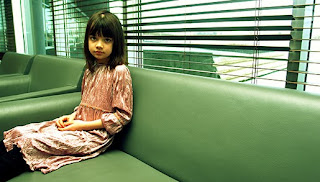 I've often referred to my neighborhood and some of the things I encountered as I grew up. There are still good people there despite the socio-economic challenges. I recall however, that the changes were gradual; a slow descent over time, the ubiquitous deletion of "neighbor" making all the difference.

I was looking at the AAAS site and happened upon this story. Trayvon came to mind, living in what should have been a safe, non-violent neighborhood. The term "collective efficacy" stood out:

Childhood experiences, both good and bad, can affect the developing architecture of the brain. When parents and other caregivers read frequently to a child, it reinforces the brain connections that will help the child develop reading and thinking skills. Experiences and environment also determine whether neural circuits involved with motor skills, behavior control, memory and other functions form robustly. Experiences also can influence gene expression in the developing brain by affecting the production of proteins that bind to DNA in the neurons, Cameron said. Scientists are just starting to understand such "epigenetic" factors in brain development.

When the body's response to stress — the rush of adrenaline, the increase in heart rate, the elevation of certain hormone levels — is constantly active, Cameron said, the result is "toxic stress" that can reduce the number of neural connections in the cognitive areas of the brain at a time when they should be proliferating.

A Kaiser Permanente study on adverse childhood experiences with 17,000 participants found that childhood exposure to violence, domestic abuse, family neglect or other stresses can have life-long consequences, including a higher probability of alcoholism, illicit drug use and depression. Cameron said the research suggests that children exposed to many adverse events early in life even have an elevated risk of heart disease in their 50s.

There are ways to prevent such outcomes. Good parenting, better nutrition and more cognitively stimulating experiences can "contribute very positively to a healthy trajectory" in life, Cameron said.

The most important influence on a neighborhood's crime rate, the researchers found, was the neighbors' sense of "agency" or willingness to intervene on behalf of the common good.

Earls and his colleagues found that some neighborhoods were functioning well and that the entire city was not under siege as some news reports might suggest. "We found that collective efficacy was, indeed, operating as a protective factor," he said.

The researchers also found that the benefits of collective efficacy go beyond easing violence. It also seems to be associated with more use of parks and recreational spaces in neighborhoods, initiation of sexual activity at later ages among youths, and even less obesity and fewer admissions to hospitals for asthma attacks.

I experienced my own personal collective efficacy from parents, a sister, a faith community that cared about me despite my circumstances. That charity was also extended to my closest friends.

"United States" seems idealistic to the point of oxymoron. We are divided: between sound science and utter fantasy; facts and ideology. I've read the most inspiring as well as inflammatory postings since the Zimmerman verdict (some calling him a "patriot"; Coulter tweeted "hallelujah"). It is more than just a tragic event centered on iced, tea, skittles and profiled suspicion. It is our addiction to talking points; our predilection to making sensation provocateurs equivalent to journalists; our treatment of Americans as aliens on their own soil: never mind immigration reform.

New York has just experienced one of the warmest days on record, but the doubt of climate research has been planted by forces that want to confuse the issue to maximize energy industry profits. Fracking used to be a curse on Battlestar Galactica, and has been studied with as much resolve. We're falling behind in science, technology, engineering and mathematics largely, unlike other countries we completely lack a "collective efficacy": we don't encourage women and minorities into the sciences; we fight political chimeras and windmills with the resolve  of quixotic dragon slayers; we want the usual suspects and magical thinking to keep us on top as whole industries are shipped overseas; we have an "us-versus-them" mentality so that we don't see the value in our fellow countrymen and women to pursue liberty, happiness...and life (reorder intentional).

And, our fast-approaching last place has never been a good place to start a sprint.

AAAS: Experts Describe Long-Term Impacts of Stress on the Young Brain
Chicage Tribune: CPS lays off more than 2000, including 1000 teachers
Posted by physics4thecool at 4:00 AM