Firmly Aboard the Pequod... 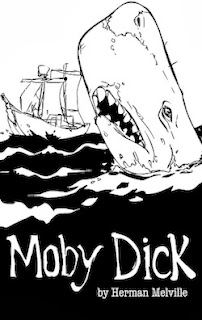 The most prescient portrait of the American character and our ultimate fate as a species is found in Herman Melville’s “Moby Dick.” Melville makes our murderous obsessions, our hubris, violent impulses, moral weakness and inevitable self-destruction visible in his chronicle of a whaling voyage. He is our foremost oracle. He is to us what William Shakespeare was to Elizabethan England or Fyodor Dostoyevsky to czarist Russia.

Our country is given shape in the form of the ship, the Pequod, named after the Indian tribe exterminated in 1638 by the Puritans and their Native American allies. The ship’s 30-man crew—there were 30 states in the Union when Melville wrote the novel—is a mixture of races and creeds. The object of the hunt is a massive white whale, Moby Dick, which, in a previous encounter, maimed the ship’s captain, Ahab, by biting off one of his legs. The self-destructive fury of the quest, much like that of the one we are on, assures the Pequod’s destruction. And those on the ship, on some level, know they are doomed—just as many of us know that a consumer culture based on corporate profit, limitless exploitation and the continued extraction of fossil fuels is doomed.

Chris Hedges, "We Are All Aboard the Pequod"

Houston Chronicle: Texas lawmakers on Tuesday began weighing changes to the state’s high school graduation requirements to give students more flexibility in which courses they must take.

A closely watched bill by Sen. Dan Patrick, R-Houston, would change the default graduation plan so students would not necessarily have to take four years of English, math, science and social studies. Instead, they could specialize in areas such as arts and humanities or science, technology, engineering and math.

“My focus is to help stem the dropout rate,” Patrick said during a meeting Tuesday, explaining that students would be able to take more courses that interest them.

Lake Houston Observer: Assessments in Algebra II, geometry, English III, chemistry, physics, world geography, and world history have been eliminated from the testing requirements. As a result, the July 2013 STAAR administration will not include assessments for these courses. End-of-course assessments will continue to be offered in Algebra I, English I, English II, biology, and U.S. history.

Texas is a large market due to its sheer size. Thus, a lot of other states emulate them; based their textbook purchase decisions on what they deem are deliberative, informed educational moves.

This was alerted to me by a friend on Facebook. My description/reaction is as follows:

"So, biology only is going to help us design an I-phone? Ye gods, we are destroyed by ideology, lunacy and idiocy! The only "logic" I can see in this: physics and chemistry would destroy their creationist/intelligent design garbage narrative I've read they're trying to get in textbooks K-12. Texas influences a lot of education markets nationally that assume it following a rational course, which this is NOT."

We seem all firmly aboard the Pequod, 'tossed to and fro by every wind of doctrine' (Ephesians 4:14); the ship of fools captained by a 1% Ahab fighting against the forces of nature and common sense. Anything that should be eliminated is the testing-industrial-complex, not science in an ever-increasing; ever-complicated world. We need more scientists, mathematicians, engineers and technologists with an appreciation for written discourse, geography and history; more importantly: a citizenry that appreciates these subjects and informed enough to demand such from its leaders and hold them accountable. A canyon gap between 1 and 99% will soon be an untraversable chasm. I do not see a stable society emerging from this Phoenix's ashes.

Controversies are manufactured to keep us divided: "Smokey James: ['Blue Collar' voice over echoing earlier line] They pit the lifers against the new boy and the young against the old. The black against the white. Everything they do is to keep us in our place." A fill-in-the-blank modern extrapolation is pretty simple.

Chris Hedges opined on climate change, which takes an appreciation of science. The conclusions of science have long been opposed since Galileo as it destroys the narrative of authoritarians in sheep and shepherds' clothing (Canis Lupus would be too obvious), more driven by their warped sense of order and power than any concern...as sociopaths lack empathy nor real concern for the well-being of their fellow humankind, spiritual and scientific efficacy in this country.

Shoulders thrown into the effort of rowing; brine spraying our collective faces, we steady our feet above deck as someone shouts:

"Hereby perhaps Stubb indirectly hinted, that though man loved his fellow, yet man is a money-making animal, which propensity too often interferes with his benevolence."

"From hell's heart I stab at thee; for hate's sake I spit my last breath at thee."

"Ignorance is the parent of fear."

There she blows, a great force of nature and alas, we cannot all be Ishmael...
Posted by physics4thecool at 4:00 AM