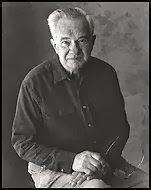 Theodore Brewster Taylor (July 11, 1925 – October 28, 2004) was a Mexican-born, American theoretical physicist and prominent nuclear weapon designer who later in life became a nuclear disarmament advocate.
Taylor was born in Mexico City, Mexico, the son of a daughter of a congregationalist missionary and a director of the YMCA. He spent much of his childhood in Cuernavaca in the state of Morelos, south of Mexico City. From 1943 to 1946 he served on active duty in the United States Navy. He graduated with a bachelor's degree from the California Institute of Technology, pursued graduate studies at the University of California, Berkeley, and received a PhD in theoretical physics from Cornell University in 1954.
From 1948 to 1956 he worked at Los Alamos National Laboratory, where he gained some fame as a designer of small, efficient nuclear weapons. He was assigned to explore the bounds of fission weapons in an era when most weapons designers were focused on fusion. In 1956 he moved to General Atomics, where he directed Project Orion, with his friend Lew Allen as contract manager. He also was involved in the design of small nuclear reactors to produce radioactive isotopes for medical use, the TRIGA reactors. He led the team that designed the largest pure fission bomb ever detonated, the Super Oralloy Bomb ("SOB"), which had a yield of 500 kilotons in its only test (Ivy King). He similarly designed the small "Scorpion" on the small end of the scale which is documented in John McPhee's The Curve of Binding Energy. This knowledge of bombs requiring minimal amounts of fissile material contributed to his concerns about nuclear terrorism.
After the end of Project Orion, he worked for the Defense Atomic Support Agency, involved with controlling the US stockpile of nuclear weapons. Beginning in 1966 he advocated nuclear disarmament, and worked as a consultant to the United States Atomic Energy Commission from 1966 to 1968 evaluating the International Atomic Energy Agency in regard to nuclear non-proliferation. He worked as a visiting professor at University of California, Santa Cruz and Princeton University; in addition to nuclear proliferation, a topic on which he wrote several books, he studied renewable energy and energy conservation, including ice pond technology. Taylor was featured in the 1984 PBS series, The Voyage of the Mimi, starring a young Ben Affleck.
Wikipedia: Ted Taylor
Posted by physics4thecool at 4:30 AM